That's the opening to the general prologue of Chaucer's The Canterbury Tales, probably the only bit of Middle English most folks are exposed to in their entire lives.

Today in Seattle, here's what April's sweet showers amounted to: 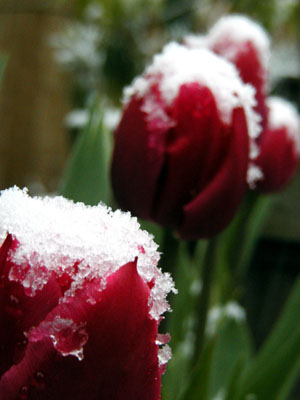 And to think I took this picture less than 10 feet from where the bees were frolicking yesterday…and only about 24 hours later.